“Stepanovo” is located five kilometers from its “elder brother” - the sports park “Volen”: Both resorts belong to the same owner. The park is located on the high bank of the Volgush river, and received its name from a nearby village. In contrast to the dynamic “Volen”, “Stepanovo” is meditatively good - six tracks are laid directly in the forest. Two of them are considered to be the longest in the Moscow region. The title of the most unique can be claimed by the almost kilometer track - the height difference on it is 90 meters. The second longest track is 850 meters with a similar elevation change. All traicks start from an artificially filled hill and end at the Volgushi River. On the opposite side of the river, near the village of Strekovo, there are two more tracks of 550 and 750 meters in length. Traditionally they are popular with beginner skiers, children and teenagers. The tracks are equipped with two double chair lifts.

Peculiarities: You can ski and snowboard from mid-November to the end of March. The lack of snow, if this happens, is compensated by a modern snowmaking system. The tracks themselves are handled by snowcat every day. There are not a lot of people on weekdays in “Stepanovo”, which allows you to quietly work out the technique of skating. 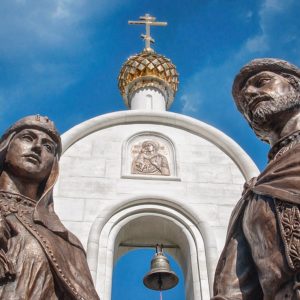 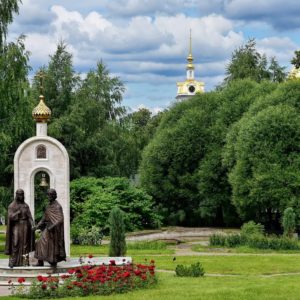 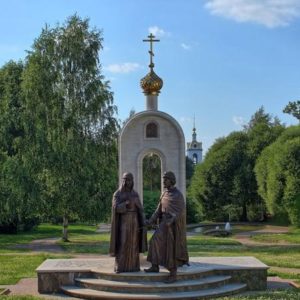 Monument to Peter and Fevronia
On July 8, 2015, on the Day...
Cafe pastry Dolce Vita
Hotel Boyar Manor
The complex in the village of Svistukha...